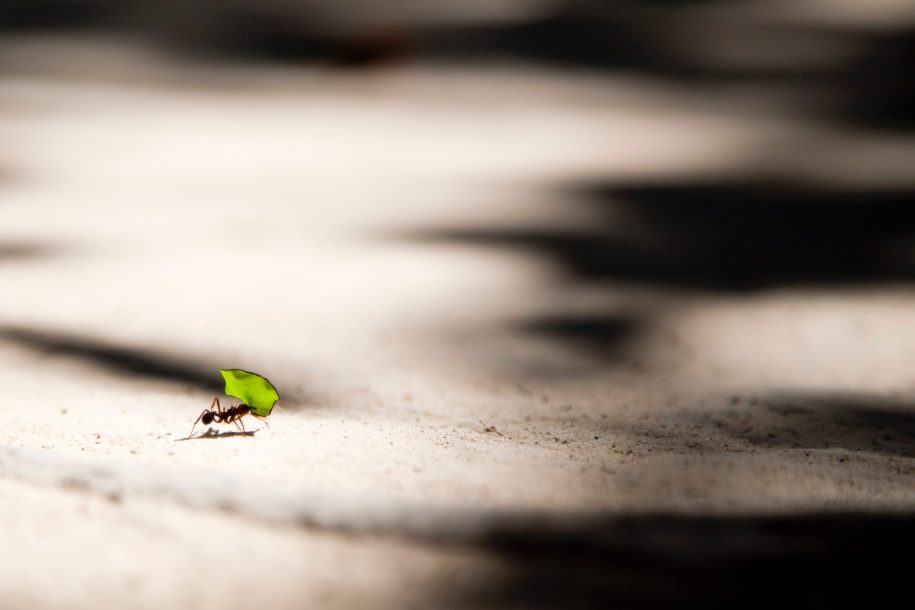 Posted by admin@manuelantoniopark on May 29, 2019 | Featured | No Comments

You will see them a lot here in Costa Rica and in the Manuel Antonio Park. The leafcutter ants are more amazing than you can even imagine!

They are following a very specific social organization, ruled by the Queen Ant. There are four castes established in the colony: minims, minors, workers & warriors. A mature colony is composed of 7 million ants, mostly sterile female workers.

All the ants in the colony are daughters to the Queen Ant. The Queen leaf and is one of the largest in the world and can be 2 inches in size & can live for 20 years. During her life, the Queen and will put on millions of eggs & every year. But she will lay only once a year, about 50 000 at once (from May to June in Costa Rica).

They farm a special type of fungus in the anthill underground, mulch chewed from leaves bits stripped from specific plants & trees. They use freshly cut plants, saliva & feces to grow the fungus, and protect it from pests & mold which could damage their precious food. You may think they feed on the leaf they bring but they actually eat certain parts of that fungus! And they have been cultivating this fungus for a long time: at least 23 million years.

There is a mutual symbiosis between the two species: they cannot live without each other. The two are so connected that every colony starts with a fungus and an ant. The new Queen will take a piece of fungus from where she was born and use it to starts her own colony.

Oldest society of the planet

Leafcutter ants are really easy to spot: they trace large & clean trails through the tropical rainforest ground, carrying cargo. These ants are very useful for humans too. Indeed, the ant hill formed by the accumulation of material extracted from internal cavities, and the waste area is a high-quality organic fertilizer that can be used for human farming!