It is active and has one of the largest craters in the world. Know this colossus without traveling long distances.

Not only has one of the largest craters in the world, but is located in the forests of Central Mountain Range, which boasts magnificent natural landscapes: this is the Poas Volcano National Park.

Being located in the province of Alajuela, it offers visitors easy access from major cities of the country.

This place lets you explore its attractions through a network of trails, especially in a cold climate tempered by a faint drizzle that most of the year is imposed.

You can also enjoy the varied cuisine, worthily represented by fruits such as strawberries, as well as some dairy derivatives.

You can also appreciate cultural manifestations of communities surrounding the park, such as Poasito, Fraijanes, Varablanca and San Pedro de Poás. These are all recommended stops for a complete tour.

Póas Volcano National Park was established in 1955 with an approximate land area of 1200 ha. With the ratification of 1970 and subsequent extension of its territory by Executive Decree No. 22961-MIRENEM on January 19, 1994, the extension of the park has reached 6506 ha. 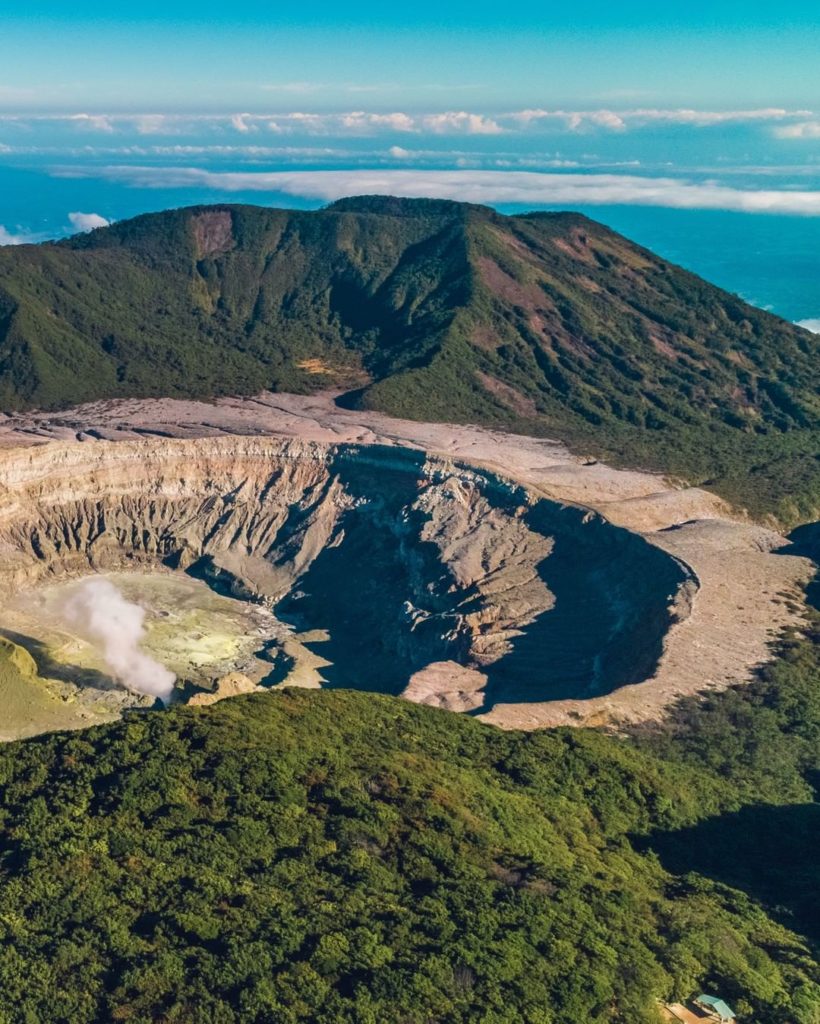 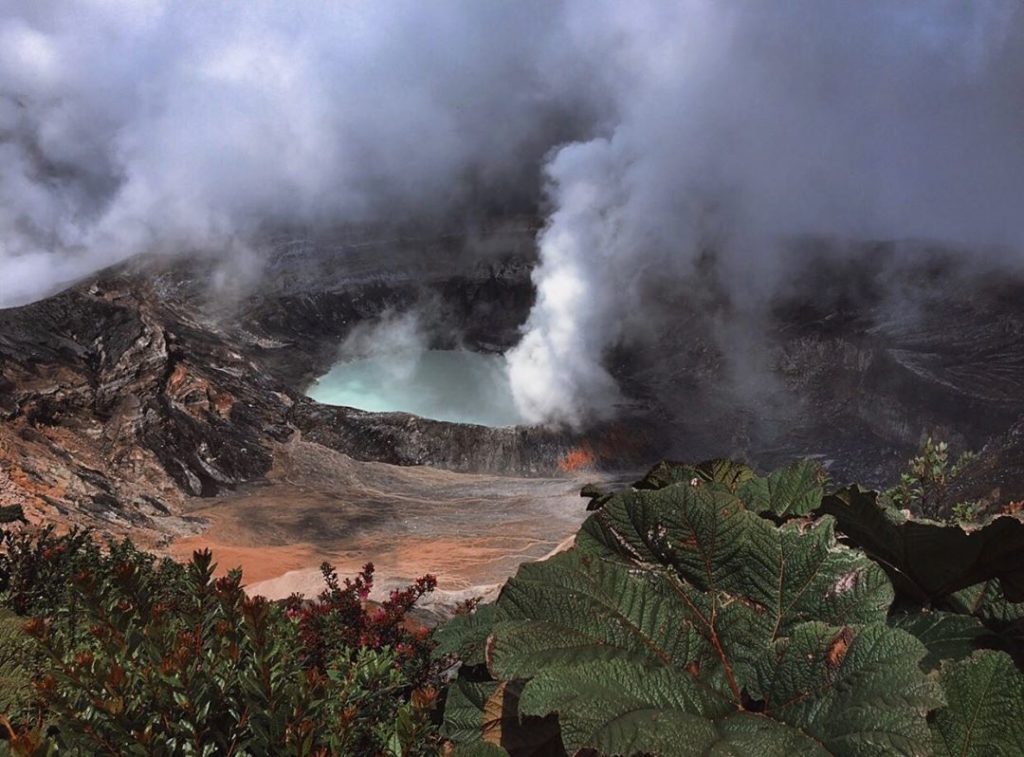 This area is called botos by the Spaniards, referring to a group of Indians who populated the foothills at the Northside of the volcano. The term Póas can be derived from the Latin name “quills / púas” due to the presence of some spiny plants in the area or by the existence of a town called “Púas” located near the massif.

Póas Volcano has a history of eruptions which stands the one of 1910, which consisted of a huge cloud of ashes that rose to about 26.246 feet (8000 m). This National Park is one of the most important natural attractions destinations for national and international tourism.

Von Frantzius Cone: It is located about 2952 feet (900 meters) North Side of the active crater and is partially destroyed on its southern flank. It has an irregular horseshoe shape open to the south, with small escarpments covered with vegetation.

Laguna Botos: Old crater occupied by a cold lake of 1312 feet (400 m) in diameter and 46 feet (4 deep). Its bottom is half-plane and sedimented by materials of the interior walls with the contribution of organic material. (Currently closed). 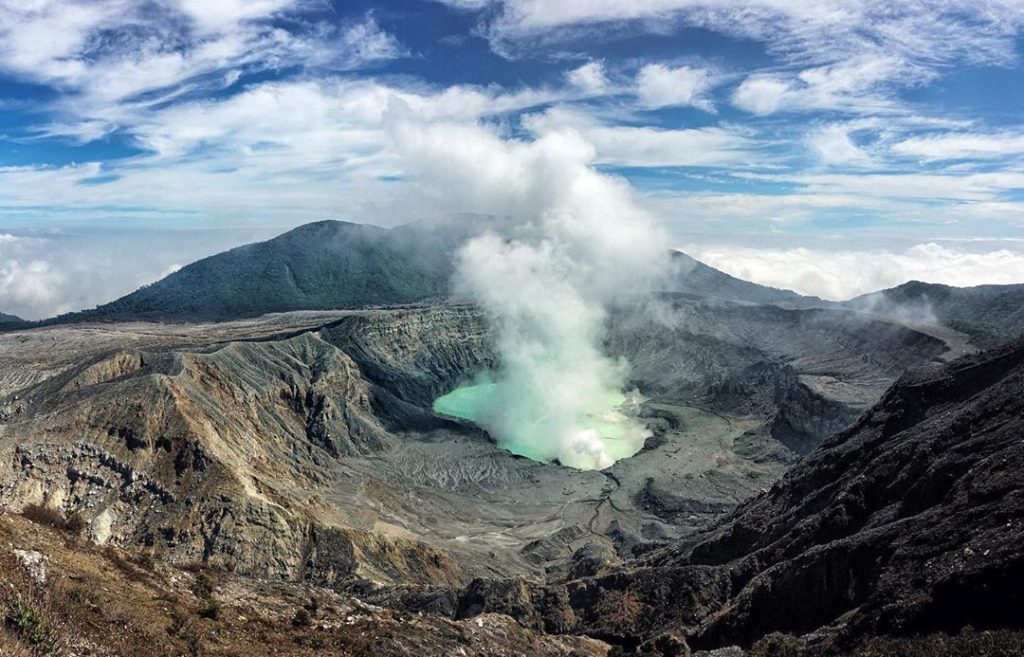 Mammals: Mammals are not abundant, although coyotes (Canis latrans), weasels (Mustela frenata), rabbits (Silvilagus dicei), smelly skunks (Conepatus semistriatus) and among the most common are the Poas Squirrel (Sciurus deppei) and the nine-banded armadillo (Dasypus novemcitus).

Flora: In the area of public use they can be observed plant associations related to the cloud forest, which highlight species like the poor umbrella (Sombrilla de pobre, Gunnera insignis) and encinos oak (Quercus sp.).

It is important to note that, as in other protected areas, at Poás Volcano National Park, the following are not allowed: