For security conditions, currently the entrance to the park is not allowed

This protected area is located in the canton of Turrialba in the province of Cartago, in the easternmost part of the Central Volcanic Range, 14.9 miles (24 km) northwest of the city of Turrialba.

Turrialba Volcano forms a single system in conjunction with the Irazú Volcano. It is a stratovolcano oval and its formation is due to explosive and effusive lava events, it has three craters with presence of dry lava flows on their flanks. On its slopes two possible cones were developed: Cerro Tiendilla at 9747 feet above sea level (2971 m s.n.m.) and Armado at 9022 feet above sea level (2750 m s.n.m), where you can find two living areas, according to Holdridge classification: Forest Tropical Rainforest and Premontane very Humid Forest.

Turrialba Volcano National Park was created by Article 6 of Law No. 1917 of July 30, 1955, published in Official La Gaceta 175 of August 9 of that year, indicating that its perimeter is given by 1.24 miles (2 km) in diameter around the active crater, which gives a total of 1256 hectares. 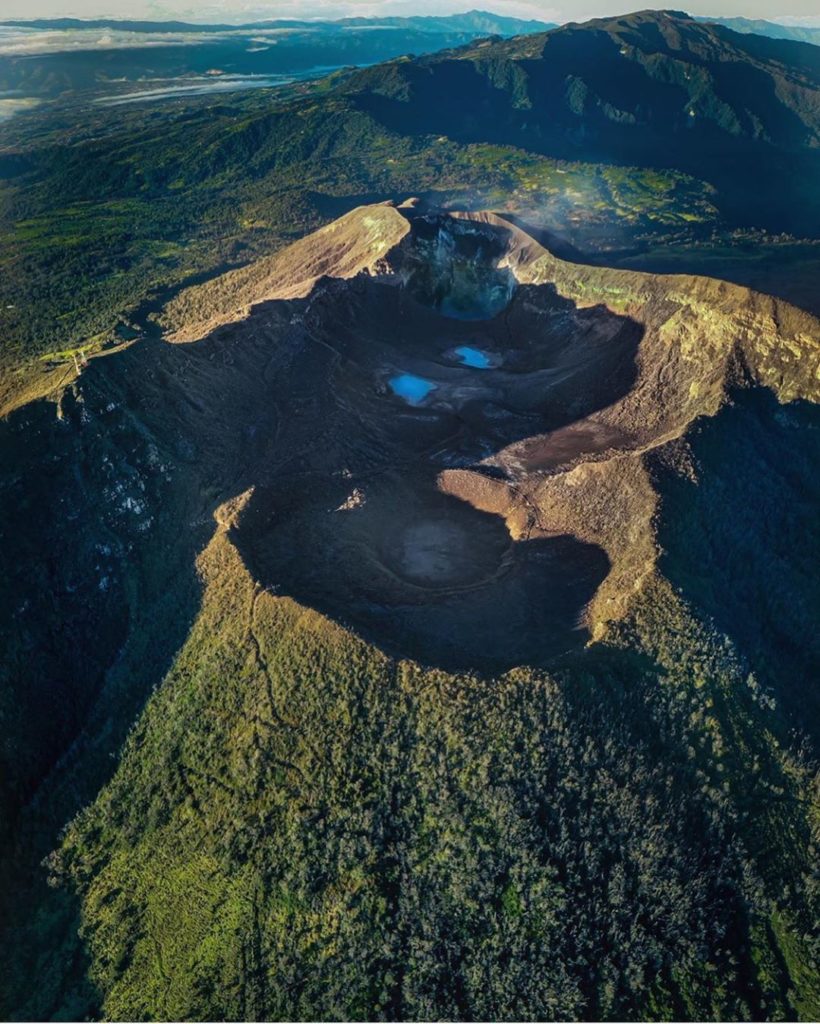 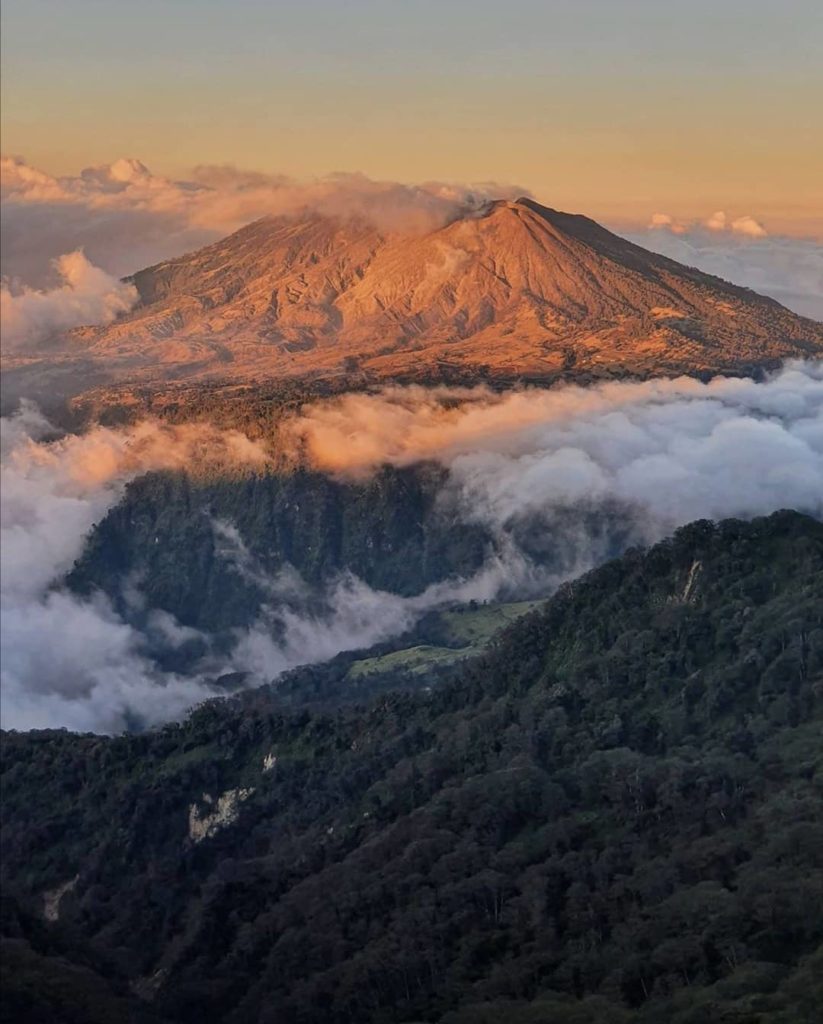 Its name comes from the Spaniards who called in the first time: Torre Blanca (White Tower) or Torre Alba.

Currently it has volcanic activity that began in the 80s and gradually increased to January 5, 2010, when the first eruption happened, generating gas and dust mainly; since that time it is taken as active, reporting a new eruption on January 12, 2012.

In 2013 new eruptions within the normal range of activity were reported, without causing major risks or damage, they were primarily exhaust gas and ashes in a low proportion, the largest one happened on May 21, resulting in the largest volume of material and gases expulsion, so far.

During the morning of October 29, 2014, it was presented as a strong eruption, with several subsequent minor eruptions occurring in the morning and next day, forcing to move all emergencies agencies in the canton and a national level alert, due the great expulsion of gases and ash magnitude.

On March 12, 2015 three eruptions of large dimensions were presented, which forced the closure of Juan Santamaria International Airport by the expulsion of large amounts of gases and ash containing juvenile material, reporting for the first time the output of magma, determining its entry to a new activity stage.

During October 2015, it entered into a period of shorter eruptions, but with a higher level of explosiveness.

Turrialba Volcano allows in clear days to observe magnificent landscapes of several points of the top and you can have a panoramic view of the Caribbean plains, the Turrialba valley, view massifs of the National Parks Braulio Carrillo (as Barva Volcano and Cacho Negro), Póas Volcano and the highest peaks of Talamanca mountain range.

Because the park is closed to the public, we recommend visiting agricultural areas and scenic areas in the Santa Cruz district surrounding the National Park.

There are no facilities for visitors.