In the case of terrestrial area, 99% is used for absolute protection of resources and 1% as site visitation. The marine area is dedicated to 100% absolute conservation.

Tortuguero National Park (TNP) is located northeast of Costa Rican territory and is one of the main tourist icons of Costa Rica since it is internationally recognized for protecting the most important green turtles nesting beaches in the Western Hemisphere.

Away from the city and made up by an extensive network of rivers and canals, the access is possible only through small boats: this way the Tortuguero National Park is, a place unlike any other; where small communities surrounding Protected Wilderness Area, as Barra del Tortuguero and San Francisco, still retain their traditions and also enjoy the benefit of having the bicycle as their main transportation method, making the travel a true encounter with Caribbean culture.

TNP is a paradise for research and ecotourism, the ecosystems of the area are so complex and diverse that visitors can expect anything in the routes, passing from calm to find any species of flora and fauna of Costa Rican Caribbean. 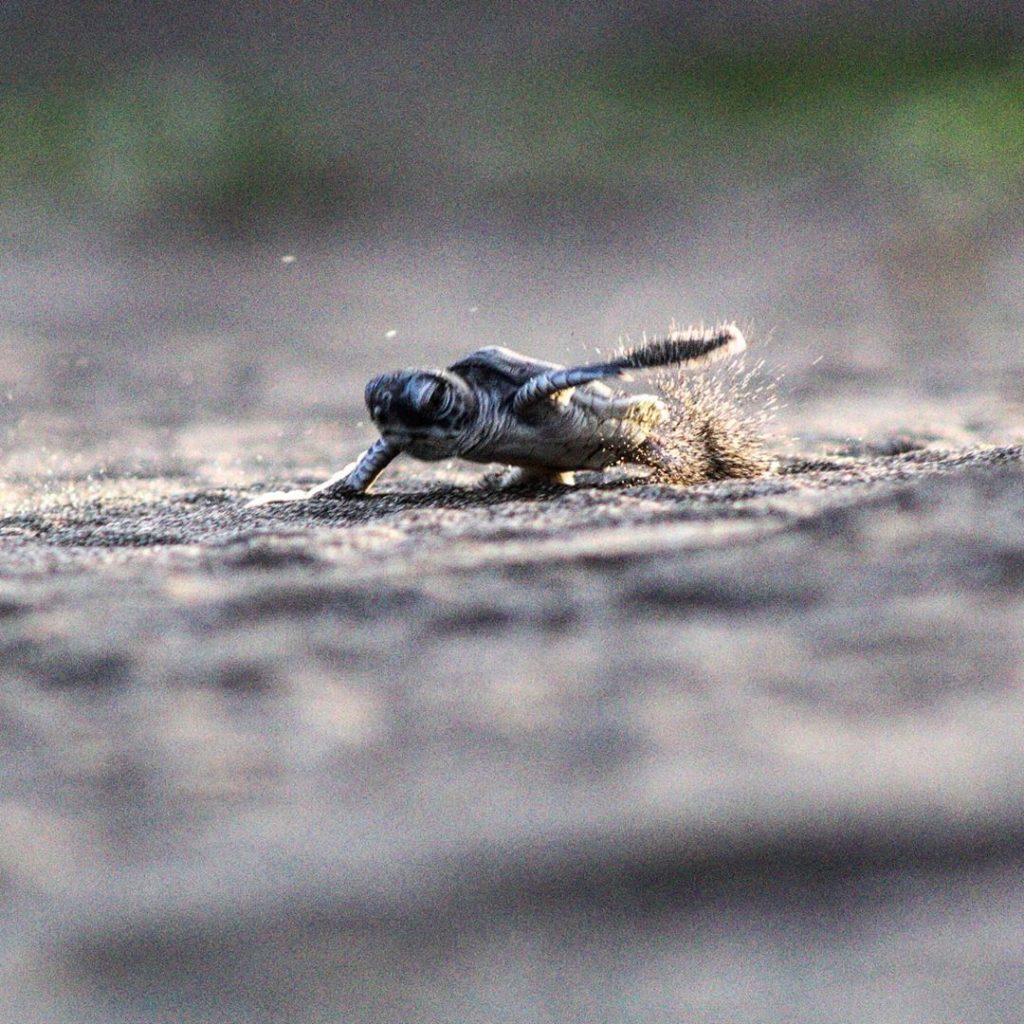 At TNP humid tropical forest and very humid tropical forest predominate. The annual average precipitation reaches 19.6 feet (6,000 mm). The highest rainfall months are July and December, the least rain is March, April and October. The annual average temperature ranges between 77 Fahrenheit (25 ° C) and 86 Fahrenheit (30 ° C). The heat, humidity and rain are companions on the journey.

Flora and fauna (identified to date):

From pre-Columbian natives, early explorers and pirates, to the first settlers; all had the turtle as the main consumer product, through their meat and eggs and even their shells that were also used for making complementary products.

Turtle Bogue or Boca Tortuga, as Tortuguero was previously known, was settled in the early twentieth century, near the 20s, by Afro-Caribbean families from Limon and Parismina, along with some migrants who came from
Barra del Colorado and Nicaragua.

These migrations occurred due to two main reasons:

The Turtle Bogue consisted of a few families distributed in a small strip of land and sawmill where all the wood that was being removed from the forests of Tortuguero was processed.

In the 50s an event happened that changed the history at Turtle Bogue. A zoologist at the University of Florida, Dr. Archie Carr was interested in the behavior of sea turtles, therefore he searched at the Caribbean and Central American countries the ideal site for making his studies.

Thus he came to Tortuguero, attracted by rumors of a beach filled with green turtles and completely wild conditions, founding the CCC (Caribbean Conservation Corporation). From his studies began to be evident the ecological importance of the whole plain of Tortuguero, not only for being the main area of spawning of sea turtles in the Latin American Caribbean but also by the complexity of ecosystems harboring and lot species that inhabit them.

The growing ecological information joined the conservationist trend of the country in the 70s, triggering the declaration of Tortuguero National Park on September 24, 1970 by Executive Decree 1235-A, published in La Gaceta No. 213, which marks its territorial limits and general rules governing its management. On November 3, 1975 by Republic Act No. 5680, its establishment and management rules were reaffirmed. Since the TNP was established its limits have been modified three times by Executive Decrees (1980, 1995 and 1998). Its extension has gone from 64,701.45 to 76,937 hectares. Of these 50,284 are marine and 26,653 are terrestrial.

The declaration as a National Park and the fame of sea turtles caused by the early mid-80s the travelers were coming to the area, at that time they were adventurers looking to explore new horizons. Tortuguero gradually became a town living from tourism activities, where very few of its inhabitants eat turtles and rather they help in the conservation of sea turtles and their ecosystem.

Sea turtle watching program:
This eco-tourism management tool allows to manage properly the high beach visitation in sea turtles nesting season. Through this program Tortuguero National Park is allied with a local organization to establish turtle crawlers: highly trained people who are the only ones that, under high ecological measures, detect turtles when they are going out from the sea. This prevents the large number of visitors walking on the beach and by ignorance scares away the turtles. On the contrary, visitors will be located in waiting bases to receive valuable information about the turtle until the turtle is in a process of spawning that could be observed in a proper way. The turtle nesting season runs from June to October. It is important to verify the opening of the season to confirm the presence of turtles because it is possible that the ecological dynamics change.

El Jaguar terrestrial trail:
This linear trail runs 1.55 miles (2.5 km) parallel to the beach of Tortuguero National Park and is the path used in turtle season. It is clearly demarcated with entrances to the beach every 328 feet (100 meters) and numbered from 37 to 60. During spawning season you can observe turtle footprints and nests. You can find animals like hawks, monkeys, peacocks and lots of dragonflies and butterflies. 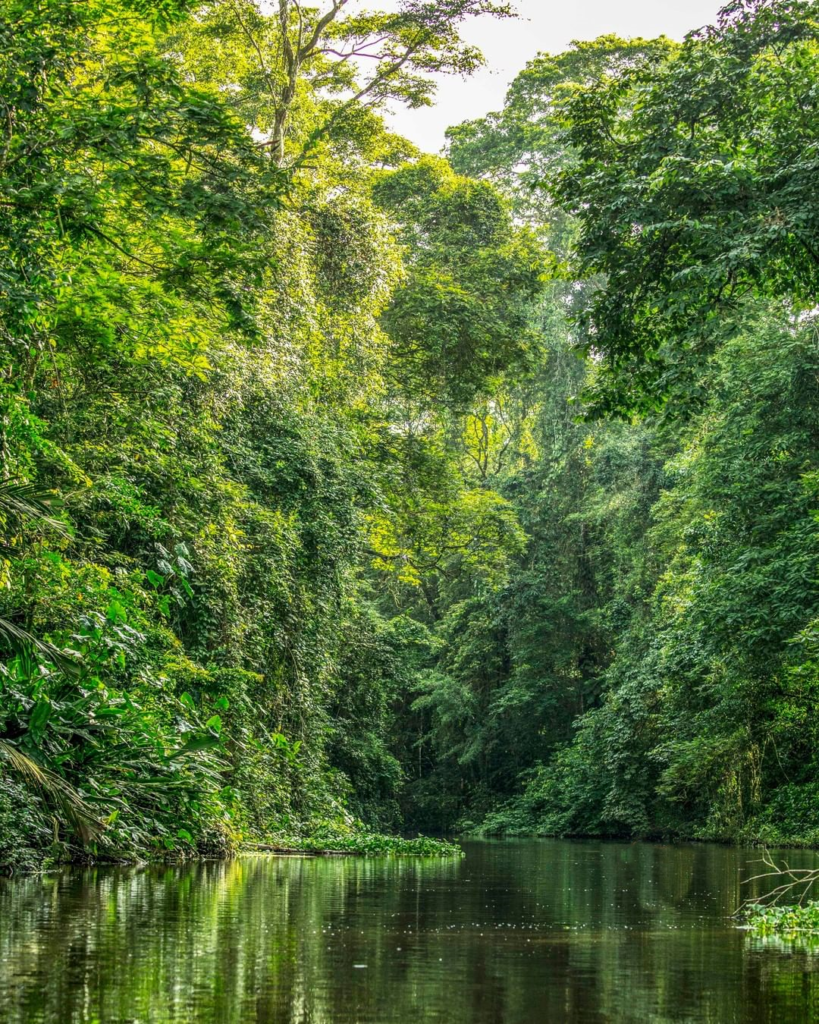 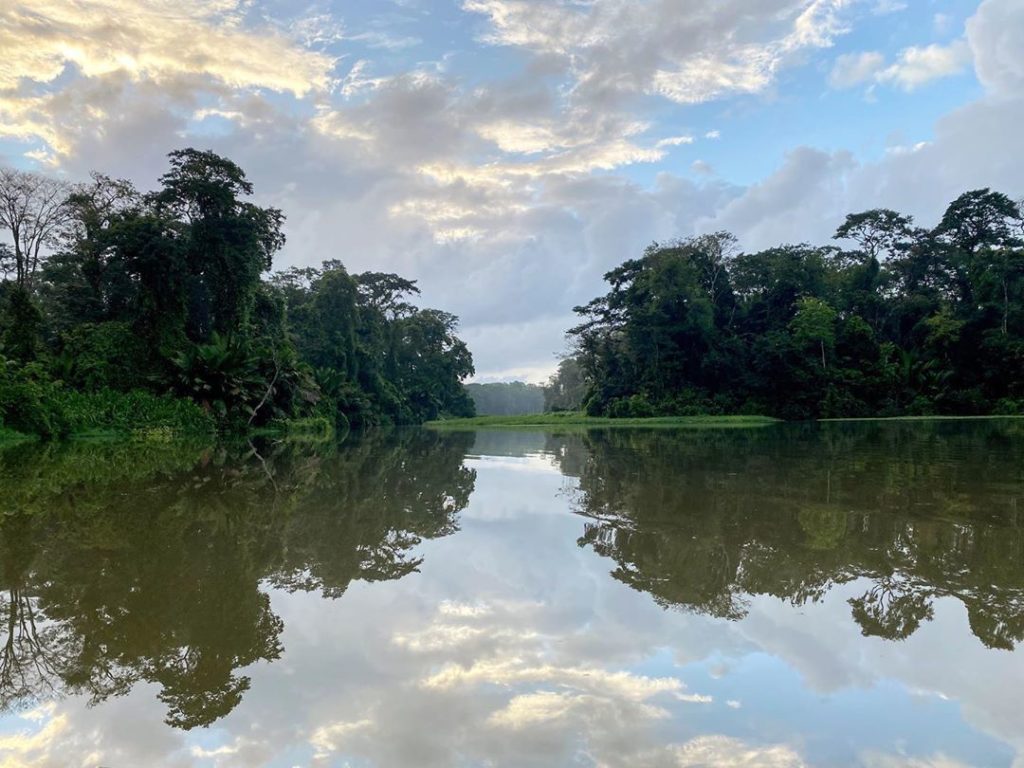 Due to the particular conditions of Tortuguero National Park and the need to protect sea turtles, their nests and eggs it is vital to take into account the following: